IMPORTANT: EARNINGS AND INCOME DISCLAIMER
All testimonials on this page are from real clients. The results you see on this page are not typical. Their experiences do not guarantee similar results.  Individual results may vary based on your skills, experience, motivation, as well as other unforeseen factors. The Company has yet to perform studies of the results of its typical clients. Your results may vary. 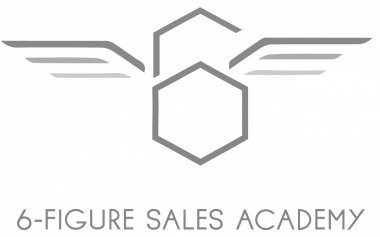 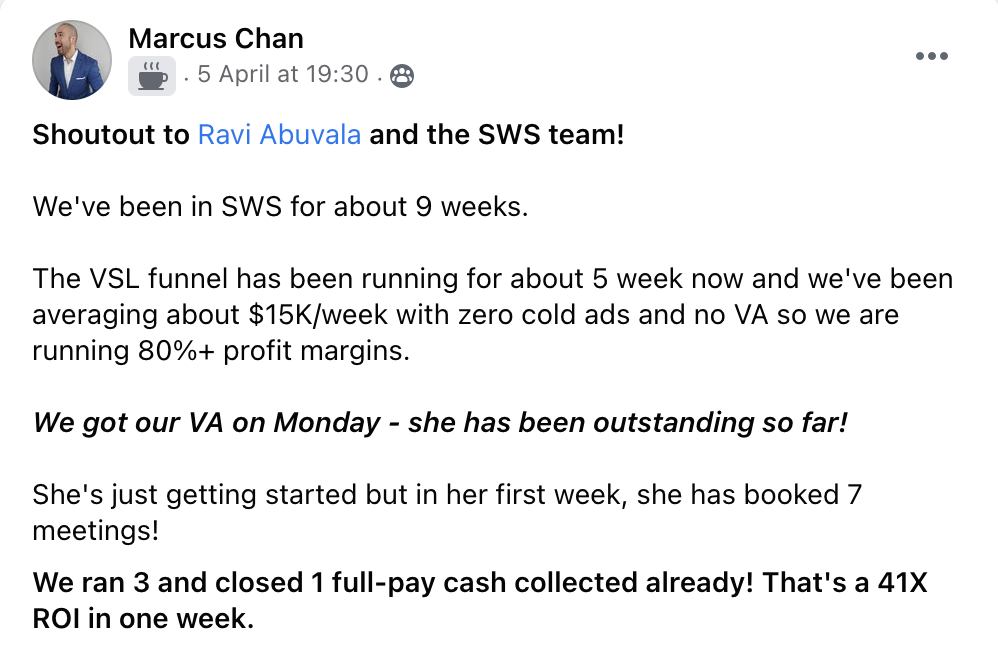 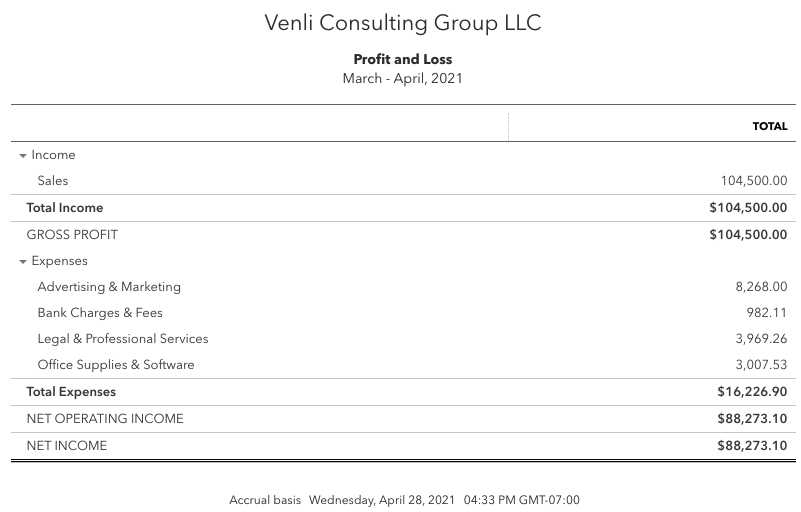 Marcus Chan is a sales development coach with over 10 years of experience working for Fortune100 companies. At one point Marcus ran a sales team of over 100 people who were responsible for over $200 million in annual sales.

Just under 2 years ago, Marcus left the corporate world to pave his own path and build his own company, the 6 Figure Sales Academy.

The 6 Figure Sales Academy helps B2B sales professionals collect an additional 50-100k in commissions in less than a year. Marcus was at a position where he knew he wanted to take his business to the next level. He was already incredibly talented and very passionate about helping others, but the biggest issue was scaling his outbound marketing efforts and achieving product market fit.

Before joining Scaling With Systems, Marcus was already doing $30k-$50k per month but he wanted more. Marcus wanted to scale, reduce his costs, increase consistency, create a machine that works without him, and break 100k per month.

Immediately after joining the program, Marcus put his nose to the grindstone and implemented everything from the coaching calls and training. This allowed Marcus to build his own market research framework and scalable outbound sales framework. This was the gas on the fire Marcus was looking for.

Within 14 days of joining Scaling With Systems, Marcus used some of our scripts, example offer posts, and “looping” sales flow to close a quick $15k in cash, but that wasn’t enough. Marcus wanted to get new appointments coming in on auto-pilot, appointments that were already nurtured, had consumed hours of content and were excited to talk. This is not an easy feat, but he’s seen our success and the success of hundreds of our clients doing just that, so he knew it could be done.

Marcus learned how to create a tight feedback loop which has allowed him to dial in his sales process, create more leveraged marketing content, and book more calls. Marcus is now only 3 months into the program and looking for a sales rep to help accommodate the demand for his coaching program.

“We immediately improved and built out more defined SOPs, which is key for growth. We also started to ramp up cold emailing. This was key to getting in front of more hyper-qualified prospects.”

As a result of Marcus’s consistent and diligent action, he achieved over $58k cash collected in his 3 weeks onboard our Scaling With Systems program, all before hiring his VA…

What’s even more staggering is that Marcus goes on to generate over $840k in revenue in his first 7 weeks while maintaining an 86.7% profit margin and an astounding 100% show-up rate.

Finally, after 2 months, Marcus achieved his goal of $100k recurring with an 84.5% profit margin! Marcus’s success is so mind-blowing that we aren’t able to update our case studies fast enough to reflect his new accomplishments.

Get Your Profitable Client Acquisition System

We’ll build for you an end-to-end client acquisition system that is guaranteed to bring in new clients predictably, consistently, and profitably, or you don’t pay.

Let Us Help You Scale Your Business

OmniBuys LLC is a sales and marketing education and training company. We do not sell a business opportunity, “get rich quick” program or money-making system. We believe, with education, individuals can be better prepared to make investment decisions, but we do not guarantee success in our training. We do not make earnings claims, efforts claims, or claims that our training will make you any money. All material is intellectual property and protected by copyright. Any duplication, reproduction, or distribution is strictly prohibited. Please see our Full Disclosure for important details.

Investing of any kind carries risk and it is possible to lose some or all of your money. The training provided is general in nature, and some strategies may not be appropriate for all individuals or all situations. We make no representation regarding the likelihood or probability that any actual or hypothetical investment will achieve a particular outcome or perform in any predictable manner.

Statements and depictions are the opinions, findings, or experiences of individuals who generally have purchased education and training. Results vary, are not typical, and rely on individual effort, time, and skill, as well as unknown conditions and other factors. We do not measure earnings or financial performance. Instead, we track completed transactions and satisfaction of services by voluntary surveys. You should not, however, equate reported sales transactions with financially successful transactions. Further, many customers do not continue with the program, do not apply what they learn, or do attempt to apply what they learn but nonetheless have difficulty in making sales successful for them.